Whether you are riding on a busy street, suburb neighborhoods, or on woodland roads, cycling requires careful preparation lest the cyclist risk injury from different dangers and obstacle. Some situations are hard to avoid but it always best to have an anticipation of the situation before it is too late. Before starting your next ride, take a close look at the following dangerous situations a cyclist can encounter and how best to prevent or avoid them; 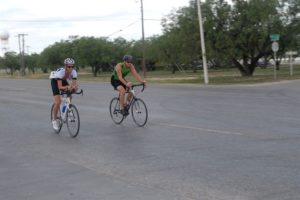 Busy road junctions can be of great trouble to a cyclist. Most of the junctions are designed with the cars in mind leaving out cyclists with a problem of crossing street ways amongst drivers who at most of the time don’t keep an eye out for bicycles. Most crashes occur where the driver is trying to turn left or right and fails to notice a cyclist leading to a serious collision which can even result in death. The best way to avoid such an incidence from happening is by slowing down your bike while approaching an intersection.

Cyclists should be on a lookout every time they are using a crosswalk. Unprepared cyclists are likely to to be involved in a collision in crosswalks. Riding in sidewalks increases the risk even further, as it blocks the line of sight between you and the drivers. To avoid collision on crosswalks, look first and think ahead. Be alert, and remember that you share the road with other users.

The seasons are different everywhere and it is advisable for any cyclist to be wary of different weather conditions while cycling. Winter comes with the most troubles so far, introducing snow and ice making it harder to maneuver even on the safest roads. Springs also do not spare the cyclists as it brings in heavy rains and slick roads causing cycling crashes to rise at a big rate.

Before going out for a ride, ensure you are equipped with the right gear and for the right weather. Nonslip bicycle grips, tires with a good grip are one of the few things that you should keep in mind when it comes to your safety. During your ride, avoid snow drifts and puddles.

Check out some additional tips from this great article written for bay area cyclists.